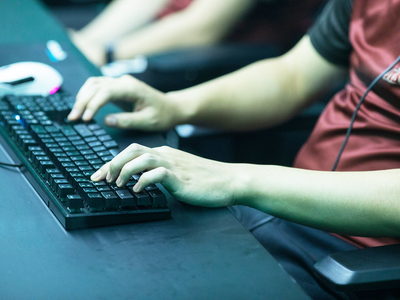 May 14 (NBD) -- Wangyu Wangka, an Internet café chain in China, will launch an initial public offering (IPO) in the U.S. in the second half of 2019, according to a report released Monday.

It's said that Wangyu Wangka plans to raise 200-300 million U.S. dollars in the IPO.

With regard to the report, the company declined to comment and Wang Sicong has yet made any public announcement.

Founded in Shanghai in 1998, Wangyu Wangka is the first qualified cyber café chain in China. It has built 6 sub-brands to offer differentiated services to specific groups such as females, ACGN (Anime, Comic, Game, and Novel) devotees and mobile game players.

National Business Daily (NBD) noticed the Internet café chain has opened over 1,000 stores, with some in foreign countries like the U.S., Australia, Canada, and Singapore. It welcomes over 30 million visits annually and owns more than 14.3 million members.

Over the years, Wangyu Wangka has embraced huge capital inflows. It has finished five financing rounds so far, with the latest round completed in January 2017 collecting 210 million yuan (30.7 million U.S. dollars). Wang Sicong invested in the company in 2015 and became the third largest shareholder with an 8.59-percent stake.

Yet challenged by the rise of mobile and cloud gaming, the entire Internet bar industry is presenting a downward trend.

According to consulting company Entbrains, in 2018, the total revenue of Internet cafés across China stood at 70.6 billion yuan (10.3 billion U.S. dollars), a year-over-year decrease of 0.3 percent, and the number of users was 118 million, which, flat to that of the previous year though, was the second lowest in seven years.

Wangyu Wangka is currently expanding efforts for a bigger presence in the esports industry. NBD found since 2012, it has partnered with game producers such as Tencent, Blizzard Entertainment and NetEase to hold esports tournaments. In 2015, it entered cooperation with Tencent Interactive Entertainment Group, Hero Entertainment and Invictus Gaming, an esports club founded by Wang Sicong, for further advances in the sector.

In the view of Li Jinqing, an analyst from BigData-Research, after Panda TV closed down, Wangyu Wangka will be vital for Wang Sicong's arrangements in the esports realm.

Data showed by 2020, the number of esports users will soar to 350 million and the Chinese esports market is expected to surpass 20 billion yuan (2.9 billion U.S. dollars).

However, currently the company is still facing obstacles that hinder its development.

According to Li Songlin, an analyst from iiMedia Research, Wangyu Wangka lacks diversity in profit models as it mainly grosses profits from Internet access services. In addition, it relies excessively on computer games but the scarcity of hit games will severely affect the development of the Internet café chain.