Advance ticket sales for nearly 20 music festivals in China including those above have been launched on entertainment ticketing platforms.

A substantial number of music festivals sprang up all over China in recent years. A rare thing a decade ago, music festivals have become favored by capitals nowadays. In 2017, there witnessed 76 financing deals of Chinese music companies across the country, among which 6 companies received up to hundreds of millions of yuan.

But behind this seemingly thriving industry lies the fact that Chinese music festivals find themselves difficult to make a profit. 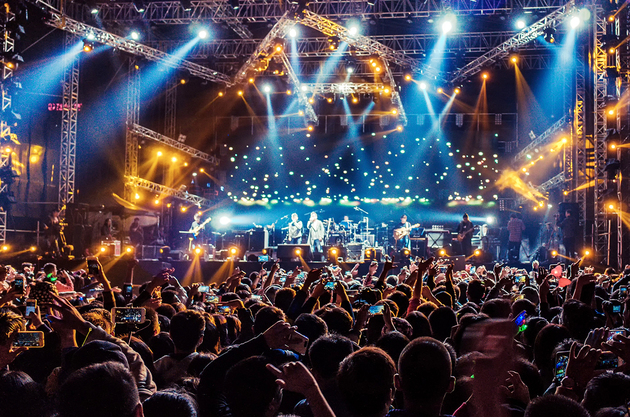 In the past ten years, live performance was deemed to be the fastest growing and the most successful market in China's music industry.

According to the Small Antlers think tank, there were 269 music festivals in 2017 in China, an increase of 33.8 percent over the previous year. The overall ticket sales of all these music festivals reached 580 million yuan (84 million U.S. dollars) in the year, representing a growth rate of 20 percent.

"But the Chinese music festival market is still far from mature, merely in an early-to-middle stage," Shen Lihui said to media outlet Yicai. Shen is the founder of Modern Sky Entertainment, which has become the leading music entertainment company in China.

In addition to that, Chinese music carnivals display homogenization in terms of contents and forms. Except for an change in sites and names, they do not bring creative and revolutionary diversity.

Globally, live music revenue will increase at a compound annual growth rate of 3.3 percent heading into 2022, including ticket sales and sponsorship, according to the report Global Entertainment and Media Outlook 2018-2022 by PwC.

It further reveals that EDM (Electronic dance music) festivals will continue to boost the growth of the live concert industry. "EDM continues to draw large crowds. These events are expanding internationally," according to PwC.

An music festival boom is presenting on the global stage. However, why are Chinese music festivals unprofitable or even making great loss?

From the spending on performers invitation to stage design, from transportation to security, they all need considerable investment while it is found hard to increase the revenue via scale expansion in China.

"In terms of Chinese music festivals, tickets are priced cheaply usually at 150 to 400 yuan and giant music carnivals housing more than 100,000 audiences are not allowed in China now. These make it difficult to expand the business," concluded Shen.