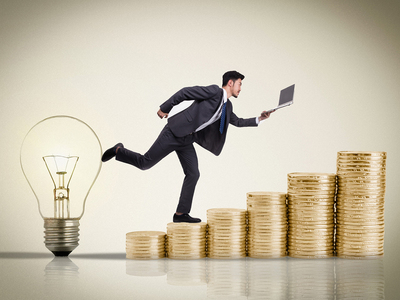 May 15 (NBD) -- Impossible Foods, an "artificial meat" production company, announced on May 14 (Beijing Time) that it has raised an additional 300 million U.S. dollars in the latest round of financing.

"Artificial meat" refers to imitation meat either made from plant or grown in a laboratory from cultured cells. Impossible Foods makes a meat-free burger that tastes and cooks a lot like meat.

To date, the imitation meat provider has raised more than 750 million U.S. dollars. Founded in 2011, the company has also secured investment from Bill Gates and UBS, with Temasek and Horizons Ventures as early investors.

As a matter of fact, "mock meat" has become buzzwords, ever since Impossible Foods' rival Beyond Meat went public in the U.S. early this month and became the first publicly listed veggie meat company.

The share price of Beyond Meat surged 163 percent in the company's first day of trading and spiked 14 percent in the latest trading session on May 14 (EDT).

Hot winds of imitation meat has blown from the U.S. to China's A-share market, pushing up stocks related to the "artificial meat" concept.

National Business Daily noticed that a number of stocks including Hefei Fengle Seed (000713.SZ), Jinjian Cereals Industry (600127.SH) and Harbin High-Tech (600095.SH) rose in Tuesday trading, and the share price of Yantai Shuangta Food (002481.SZ) hit the limit-up of 10 percent on the day.

In the eyes of industry insiders, the major consumer group of imitation meat in China is vegetarians, thus companies growing soybeans and corns, or producing snacks related to vegan meat are categorized as "artificial meat" concept stocks.

Zhu Danpeng, an independent food analyst, said to news outlet Securities Daily that the current vegan food market size in China is not very big, but the overall vegan food industry has made huge progress amid consumption upgrading and deepening health consciousness and knowledge.

However, Zhu warned that as imitation meat has a small consumer base in the Chinese market and there isn't any enterprise producing such meat alternatives, the "artificial meat" will not exert a major impact on the nowaday food industry nor make any change to the pork market which faces short supply.