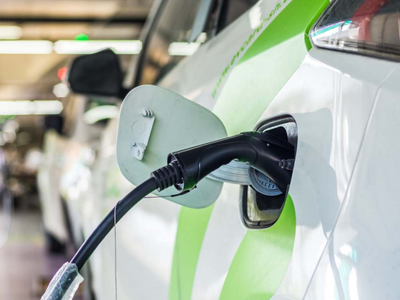 Chinese researchers have developed a high-energy lithium-ion battery (LIB) technology, which could enable a running distance of 300 km per 10 minutes of charging.

The debut of a passenger car loaded with the 50-kWh battery pack was held in Hangzhou, eastern China's Zhejiang Province, on Tuesday.

"The key to this fast-charging technology is the R&D of fast lithium-ion conducting materials," said Zhou Xiaoping, professor of chemical engineering of Hunan University and chief scientist at Zhejiang Folta Technology Co. Ltd.

The materials mainly consist of low-impedance ionic compounds that could not only raise power cell efficiency but bring down safety risks caused by lithium precipitation during charging and discharging, Zhou added.

A third-party evaluation report issued by the independent testing company TUV SUD showed that the cycle life of the power cells using the new technology has hit 5,000 times in a 150-ampere charge-discharge performance test and is expected to exceed 6,000 times since the cycle testing continues.

Folta has also finished joint tests on the new LIB products with a Chinese automobile manufacturer and is ready for industrial production, the company said.

"Folta has made further improvements and innovations on the existing technology," said Xu Dingming, deputy chief of the expert consultation committee of China's National Energy Commission. "Industrial production is the next step, which will give China's NEV and energy storage industry a hopeful nudge forward."

Xu noted that more tests still need to be done before this new technology could bring about a "fast-charging revolution" for the industry and thus speed up industrial transformation for green development.