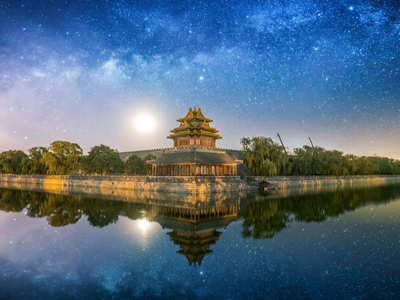 Beijing has wiped out its major desertified areas after massive afforestation campaigns added tens of millions of trees, local authorities have said.

According to the announcement by the Beijing Gardening and Greening Bureau, the five major sandstorm-plagued areas in the Chinese capital have been replaced with forests.

The declaration ahead of the World Day to Combat Desertification and Drought on Monday said the five desertified areas -- towns of Kangzhuang, Nankou and rivers of Chaobai, Yongding and Dasha -- once sprawled 165,000 hectares in Beijing's northwestern, northeastern and western suburbs.

The metropolis has launched a series of afforestation programs since the 1980s. In 2012, Beijing launched its largest-ever afforestation drive in its plain areas, planting at least 54 million trees on 70,000 hectares.

Another regional afforestation project, launched in 2000 to build a barrier around the capital against the incursion of deserts and sandstorms, has also added 553,300 hectares of forests in Beijing alone.

Thanks to such afforestation efforts, Beijing has seen a steady decline of sand and dust weather in spring, from 26 days in the 1950s to 5-7 days at the turn of the century to three days after 2010, according to Beijing meteorological bureau.

The town of Kangzhuang, in northwestern Yanqing District, is now flush with pine trees and willows, but local residents said it was a barren, pebbly desert three decades ago.

In the 1990s, locals fought all odds to plant over 3 million saplings to transform the rocky terrain. Initially, even water and soil had to be transported from miles away, said Wang Huakun, deputy director of the local greening office.

"Machines failed to shovel up the stones so we had to do it all by hand," she said. "We placed large plastic bags in each tree pit to prevent soil and water from leaking through the rocks."

"In the past, there was nothing but rocks and sand here and it was too rough to even ride a bike. Now the sandstorms that once plagued us are basically gone," said Zhang Chunyu, a 55-year-old resident in Tulou Village.

"Villagers serve as forest guardians, which helps them earn much more than tilling on the barren lands," Zhang said.

By the end of 2018, Beijing's forest coverage had reached 43.5 percent, official data showed.