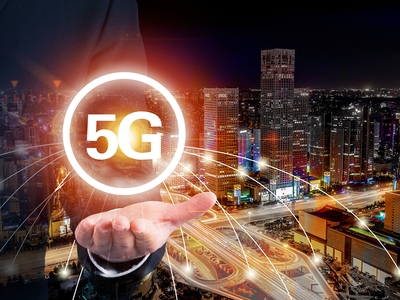 "The Telecommunication Regulator of Cambodia gave us the permission to carry out the 5G live trial showcase, but the commercial license has to be granted obviously later on by the Ministry of Posts and Telecommunications," he said. "I very hope that this year 2019, we can bring 5G to commercial operations."

He said the deployment of 5G network would cost hundreds of million U.S. dollars.

"Our mission is to enrich the lives of millions of Cambodians through world-class networks and exceptional digital experiences, which is why we invest 70 to 80 million U.S. dollars yearly, primarily in network infrastructure, to improve mobile broadband connectivity across the kingdom," he said.

Commenting on partnering with Huawei for the development of 5G network in the Southeast Asian country, Hundt said Huawei is Smart's reliable and competent partner.

"We have been working with Huawei for many years. Huawei is a reliable partner of Smart," he said. "As we see today, without Huawei, we will not be able to showcase on trial the 5G network. They have technology, they have capability...we are proud to work with them to build such a network."

Hundt said the company will continue to improve its existing 4.5G service while preparing for future technologies like 5G.

He said 5G is characterized by ultra-fast speed, low-latency, and massive connectivity, ubiquitous and reliable.

He said Cambodia will be one of the first countries in the Association of Southeast Asian Nations (ASEAN) to launch 5G.

At the event, the Internet speed of 5G network was tested and showed that it could download one Gigabyte data in less than 20 seconds.

Aaron Wang, chief technology officer of Huawei Wireless Network, said at the event that Huawei was very pleased to build the 5G network for Smart.

"As of today, Huawei has 50 5G commercial contracts and shipped 150,000 base stations worldwide," he added.

"Huawei will always work together with Cambodia and Smart to build a fully connected, intelligent Cambodia," he said.

Moa Chakrya, chairman of the Telecommunication Regulator of Cambodia, welcomed Smart's investment in the development of G5 service in the kingdom.

"This latest mobile technology will enable subscribers to enjoy better and faster Internet speeds," he told reporters after the event.

Cambodia has six mobile phone operators and about 40 Internet service providers. According to the latest figures of the Ministry of Posts and Telecommunications, approximately 14.1 million, or 86.7 percent, out of Cambodia's 16.2 million people, have access to the Internet.

In May, Huawei also signed a memorandum of understanding with the state-owned Telecom Cambodia to build 5G network in Cambodia.