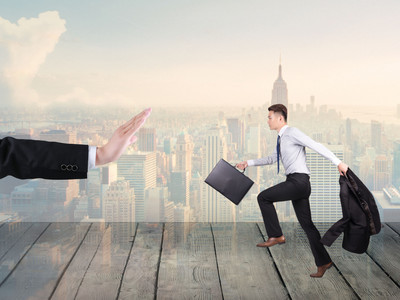 China's State Administration for Market Regulation (SAMR) has released a draft revision of regulations on the blacklist of defaulters in commercial activities on its website for public opinions.

The draft revision was introduced to improve market regulation based on a well-established business credit system, according to SAMR.

Under the revised blacklist regulation system, supervision of market activities associated with drugs, food, special purpose equipment and areas vital to people's lives and health will be prioritized.

The blacklist will be expanded from enterprises to self-employed business-people, social organizations, individuals who hold direct accountability for the wrongdoings in the blacklisted entities, and other market participants.

The revised version also specifies 36 wrongdoings which businesses and individuals should not conduct to avoid being blacklisted.

Under the guidance of SAMR, market regulators above the county level are required to manage the blacklists, said the draft, adding that the responsibilities for serious defaulters involved in drug and intellectual property cases fell on provincial-level authorities and above.

The draft proposed harsher punishment on blacklisted entities and individuals so as to ensure the regulation's deterrence.

Provisions on credit repair were added, allowing those rectifying their wrongdoings and fulfilling their legal obligations to apply for a withdrawal from the list one year after their inclusion.

China's market regulator put an interim version of the regulations into effect on April 1, 2016.

The draft revision is open to public opinion until August 10.