Game on: a nostalgic look at video games 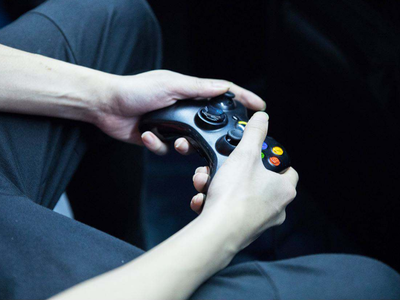 The "Game on" sign at the entrance has activated a "time tunnel" for the 36-year-old white-collar worker, whose eyes are watering when the music of Contra came to his ears.

Starting from July 6, this year's Game On Blooming Global Gaming Trends Exhibition and Festival, referred to as "Game On Blooming," co-organized by China Blooming Investment, London Barbican Center and the government of the City of London, will last until Oct. 28 in Chengdu, capital of southwest China's Sichuan Province.

Visitors can experience not only early-stage PC and arcade games but next generation, state-of-the-art future gaming technologies. Game music and movies are also on display.

"It feels like time travels back to my childhood," Liu said as he played Steel Battalion sophisticatedly. It was on an antique game console developed by Capcom in 2002 that simulates heavy-duty armored operations.

With 18 exhibition areas, Game On Blooming has put more than 150 games from different time periods on display, including PONG, the first arcade game, released in 1972 by its developer Atari.

The exhibition has provided hands-on experience for visitors to immerse in the storylines of their avatars and the gaming process.

Wang Yuqian, a 20-year-old college student in Chengdu, was captivated by VR games. She regarded gaming not only as an art that combines visual, musical, film, design and technological elements but an industry that requires integrated skills for market access.

The exhibition has been very popular since the launch of its world tour a decade ago, said Neil McConnon from London Barbican Center, noting that it was China's flourishing gaming industry that brought him and his Chinese partners to Chengdu.

Last year actual sales revenue in the Chinese gaming market hit 214 billion yuan (about 31.1 billion U.S. dollars), accounting for 23.6 percent of the world's total, according to a report on China's gaming industry co-issued by the China Audio-video and Digital Publishing Association.