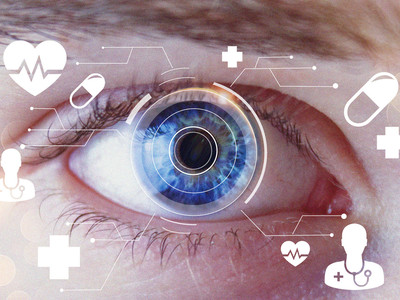 Chinese researchers have used iPS cells to regenerate retina, which holds the potential to develop new therapies for some blinding diseases such as retinal degeneration.

The iPS cells are a type of pluripotent stem cell artificially derived from a non-pluripotent cell. It can be induced to have the same genetic information as early embryonic cells.

Researchers from China's Central South University made iPS cells from somatic cells in the patients' urine or blood and induced the iPS cells to differentiate into RPE cells, a layer of cells in the back of the eye.

According to the research published in the journal Acta Biomaterialia, the RPE cells can form an ultra-thin layer of structure similar to the retina.

In future studies, the researchers plan to transplant the structure behind the patient's retina to see if it can fix the patient's vision.

Since the iPS cells are derived from the patient's cells, immune rejection of cell transplantation is avoided.

The retinal degeneration, which may lead to permanent blindness, is one of the most common eye diseases among people over the age of 50.