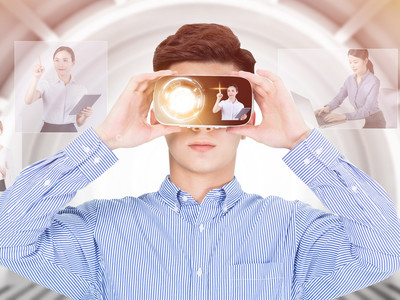 This round of financing was led by Joy Capital, followed by BlueRun Ventures and Peakview Capital, and the money will be mainly spent on the continuous research and development as well as commercialization of its VR tracking technology, the company said in a statement.

Established in 2015, the startup focuses on VR interaction and now has users from more than 70 countries and regions.

VR display is going to become a ubiquitous display and an indispensable part of people's lives in the 5G era, said NOLO CEO Zhang Daoning.

There will be a large number of thin, portable, stylish and affordable VR headsets available in a year or two, according to Zhang. "With the advent of the 5G, the VR market is about to grow by dozens of times in size."

The VR industry has seen rapid development in China, and the market size is expected to reach 54.45 billion yuan (7.9 billion dollars) in 2021. The country aims to nurture some globally competitive VR enterprises by 2025, according to the Ministry of Industry and Information Technology.