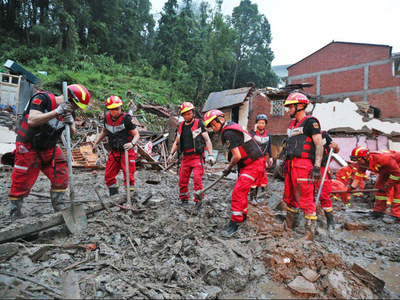 A total of 150 million yuan was allocated to eastern China's Zhejiang Province, following a 30-million-yuan relief fund previously given to the province, where Typhoon Lekima made landfall on Saturday, according to the Ministry of Emergency Management (MEM).

By Monday morning, the death toll in Zhejiang Province had risen to 39 while nine others remained missing.

Lekima made a second landing Sunday on the coast of Qingdao in eastern China's Shandong Province, leaving five people dead and seven missing as of Monday morning.

As of 4 p.m. Monday, the typhoon had left 8.97 million people impacted in the provinces of Zhejiang, Jiangsu, Shandong, Anhui, Fujian, Hebei, Liaoning and Jilin as well as the city of Shanghai, while some 1.71 million people were relocated, the ministry said.