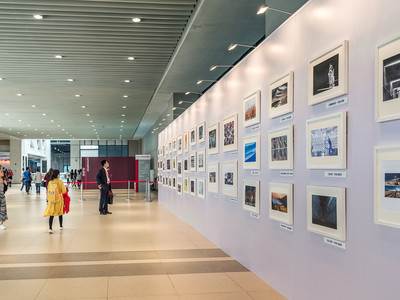 At about 8:00 p.m. every night, one hour after his dinner, 45-year-old Xie Zhongguo opens his computer and searches for new items to exhibit at his Liu Sanjie cultural museum.

Living in the city of Nanning, capital of southern China's Guangxi Zhuang Autonomous Region, Xie is a big fan of Liu Sanjie, a legendary Chinese folk song singer from the Zhuang ethnic group. Since 1998, he has collected more than 3,000 items that concern the singer.

Located in the region's scenic city of Guilin, Liu Sanjie cultural museum, founded by Xie, is one of the private museums that have sprung up in the country over recent years.

The museum has seven exhibition halls, which occupy more than 600 square meters. The exhibits cover CDs, newspapers, film scripts, calendars, postage stamps, dolls and cigarette cases -- anything about the singer, according to Xie.

"Liu Sanjie represents the rich ethnic culture in Guangxi, and setting up the museum offers a better way to expand her influence. In the past, few collected these things systematically, leaving many materials lost," Xie said.

Currently, a total of 11 ethnic minorities live in Guangxi, making the local private museums which focus on ethnic cultures more and more popular in the region, including the bronze drum museum in Donglan County, the city of Hechi.

The bronze drum is a traditional musical instrument used by some of the region's ethnic groups, with a history of more than 2,000 years. Donglan County is known as the "hometown of bronze drums" because of the large number of such drums found in the area.

The drums are now mainly used as decoration in the local residence or musical instrument in festive and sacrificial events.

"The drums look similar in shape but different in decoration, especially some with frogs, cows and horses on the surface," said Chen Zhenyang, curator of the museum.

Private museums have become an increasingly important part of the country's museum scene. In Guangxi alone, there are 59 non-state-owned museums, nearly double its number of 31 recorded in 2013.

Despite a promising future, private museums in China also face difficulties and challenges. Compared to the state-owned museums, the limited operating funds and small exhibition areas often hinder the development of private museums.

Wu Weifeng, chairman of Guangxi's museum association, believes that China's private museums are still at the initial stage of development.

"Undoubtedly, private museums play an important role in the whole museum system, as they have some exhibits which cannot be found in the state-owned museums. The development of such museums is the general trend of economic and social development," said Wu.