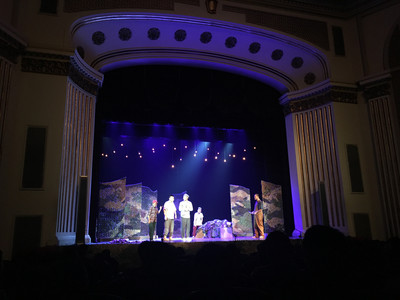 The third Lao She Theater Festival, set to be held from Sept. 19 to Nov. 23, will bring 12 widely-known plays from China, the United Kingdom, Poland, Germany, France and Macedonia to audiences in Beijing.

This year's event will pay tribute to Lao She, the pseudonym of the celebrated Chinese novelist and playwright Shu Qingchun, on the occasion of the 120th anniversary of his birth.

As one of the most prominent figures of 20th-century Chinese literature, Lao She depicted the lives of everyday people and is best known for his novels "Rickshaw Boy" and "Four Generations under One Roof," and the play "Teahouse."

Chinese plays to be performed during the festival include "Thunderstorm" created by Beijing People's Art Theater based on dramatist Cao Yu's play of the same name, and "White Deer Plain" by Shaanxi People's Art Theater, a version commended by the book's author for its vivid presentation.

William Shakespeare's "Twelfth Night" and "The Comedy of Errors," and the play of absurd theater "Waiting for Godot" will also be staged.