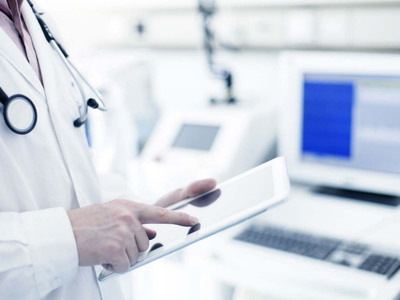 Doctors in a Beijing hospital have successfully conducted a remote robotic surgery Tuesday on a patient more than 136 km away using 5G wireless technology.

The orthopedic surgery was conducted on a 36-year-old female patient in north China's Tianjin Municipality and lasted about four hours, according to China Telecom's Tianjin branch.

The surgery, enabled by a 5G Internet connection, was conducted at Tianjin First Central Hospital and transmitted via a live feed to an expert team at Beijing Jishuitan Hospital.

An orthopedic expert of the Beijing hospital conducted the preoperative planning before a surgery robot operated according to the orders.

"5G technology guarantees the clarity and continuity of transmitted videos and photos, as well as the stability, reliability and safety of the operation. With the network, we can perform surgery regardless of the distance," said Jiang Wenxue, head of orthopedics at Tianjin First Central Hospital.

China is adopting the 5G network to meet the public demand in sectors such as transportation, entertainment and health care. As of July, Beijing had already constructed more than 7,800 5G base stations.