Shenzhen to be bellwether for China's future development: U.S. expert 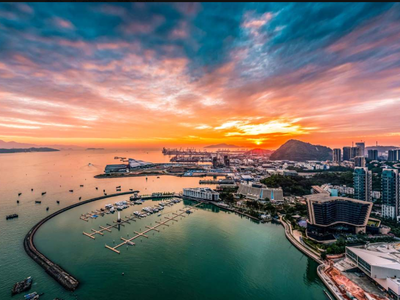 Shenzhen, with its new mission to lead China's socialist development, is set to become a bellwether for the country's 21st Century economic model, said Robert Kuhn, a leading U.S. expert on China.

Shenzhen will be built into "a pilot demonstration area of socialism with Chinese characteristics," said a document issued by the Communist Party of China (CPC) Central Committee and the State Council last week.

The southern Chinese city, being part of the Guangdong-Hong Kong-Macao Greater Bay Area, is also a boost for the latter's development plan unveiled by the central government in February, Kuhn said.

By 2025, Shenzhen will become a leading city globally in terms of economic strength and quality of development, according to the blueprint set by the central government's document.

By 2035, the city will become a hub of innovation, entrepreneurship and creativity with international influence, and by mid-21st century, a top cosmopolis worldwide, said the document.