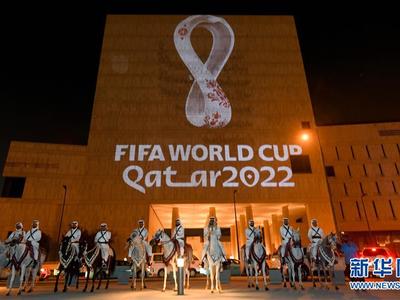 The emblem for the 2022 World Cup in Qatar was unveiled on Tuesday in the host's capital city of Doha, joined by other cities around the world.

The emblem resembles the number 8 and the infinity symbol, taking inspiration from a traditional woolen shawl worn in the winter months, as Qatar 2022 will be the first World Cup to be held in November and December.

The emblem was revealed to the public at 20:22 local time, referring to the year the global football showpiece will be held, with projections on the country's most iconic buildings including Burj Doha, Katara Cultural Village and UNESCO World Heritage site Al Zubarah.

The unveiling was joined by a number of countries and regions including Kuwait, Oman, Lebanon and Tunisia with the image of the emblem seen on renowned locations and outdoor billboards in prominent public spaces.

The 2022 World Cup will be held from November 21 to December 18 in eight different cities across the country.