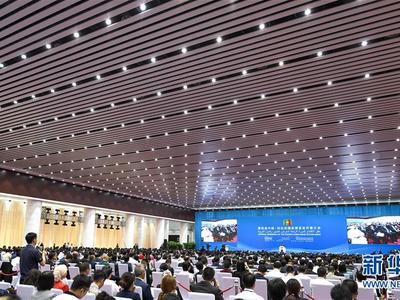 Cao Jianming, vice chairman of the Standing Committee of the National People's Congress, said at the opening ceremony that achievements had been made in the China-Arab cooperation in areas of infrastructure, energy, economic and trade parks, high technology and finance.

He called for concerted efforts from both sides to pursue the Belt and Road Initiative and make bilateral cooperation benefit more people.

Stressing the long history of the China-Arab friendship and cooperation, Boydiel Houmeid, vice president of the National Assembly of Mauritania, said with the steady growth of economic and sci-tech strength of both sides, there is huge potential for bilateral cooperation in various areas.

The expo was sponsored by the Ministry of Commerce, the China Council for the Promotion of International Trade and the regional government of Ningxia.

Inaugurated in 2013, the biennial event has become an important platform for China and Arab countries to jointly pursue the Belt and Road Initiative.