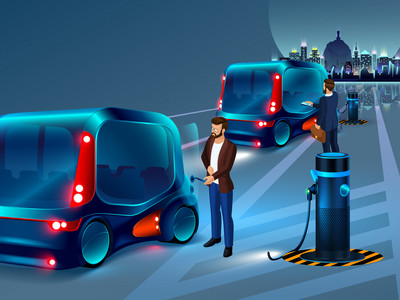 "The meeting discussed the possibility of joint production of electric tourist buses and electric cross-province passenger buses as well as transferring manufacturing technology to Egypt," the Egyptian Ministry of Military Production said in a statement.

The Chinese delegation expressed willingness to cooperate with the Egyptian ministry due to its technological and technical capabilities, distinguished infrastructure and trained labors of its factories.

The statement added that the Egyptian ministry also signed in April a deal with China's Foton Motor to produce 2,000 electric buses in one of the ministry's factories in four years.

"The agreement was signed during the visit of Egyptian President Abdel-Fattah al-Sisi and his accompanying ministerial delegation to China in April on the sidelines of the Belt and Road Forum for International Cooperation," the statement said.

Economic and industrial cooperation between Egypt and China has been growing over the past few years under China's Belt and Road Initiative, which aims to build a trade and infrastructure network that connects Asia with Africa and Europe along the trade routes of the ancient Sild Road to seek common development of the participating countries.

Many Chinese companies are currently carrying out various mega projects in Egypt in the fields of infrastructure, energy, construction and others.