China to speed up creation of world-class energy interconnection 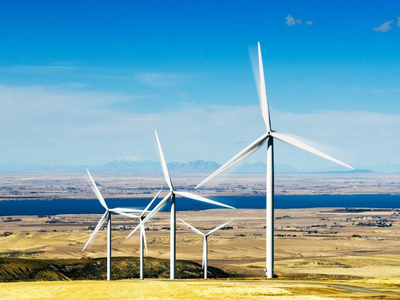 In his speech at the two-day 2019 Global Grid Forum, which kicked off in Vancouver Tuesday, Liu introduced the SGCC practice in the construction of ultra-high-voltage (UHV) projects in recent years.

The forum, which is jointly held by the Canadian Electricity Association, the Edison Electric Institute of the United States and the Global Energy Interconnection Development and Cooperation Organization (GEIDCO), centers on global power grid development, innovation and investment in the new century. It seeks to shed light on some core issues including the development of renewable energy and transmission, multinational power interconnection, power grid planning and technological innovation.

Liu said the SGCC has developed technologies of long-distance and large-capacity power transmission.

It has built a total number of 19 UHV projects. Eight are alternating current projects and the rest direct current projects, known as "8 AC 11 DC," with an inter-regional and inter-provincial power transmission capacity of 210 GW and a total grid-connected installed capacity of 1,470 GW, among which renewable energies including hydro, wind and solar power account for 36 percent.

Liu told Xinhua that the power system will continue to develop toward highly clean power sources and extensively interconnected power grids, which is determined by the transition to clean and low-carbon energy. In the future, a power transmission and distribution network with stronger resource allocation capabilities, intelligent interaction capabilities and security capabilities needs to be built at a faster pace. The SGCC will accelerate the creation of a world-class energy interconnection enterprise featuring "three characteristics and two networks."

"Three characteristics" means it serves as a hub and a platform offering shared benefits. "Two networks" means to promote the construction of a strong smart grid and a ubiquitous power Internet of Things in a coordinated manner.

His company has extracted more than 80 percent of its hydropower resources from the west region while about 60 percent of the electricity load and electricity consumption are concentrated in the east.

"That's why 18 trans-provincial and trans-regional power transmission channels of 500 KV and above have been built by China Southern Power Grid so that clean energy in the west could be continuously delivered to load centers thousands of miles away in the east," he said.

At the forum, the GEIDCO has called on all parties to make concerted efforts toward new prospects for global energy and power development by innovating in four aspects, namely the development concept, technical equipment, business model and market mechanism.