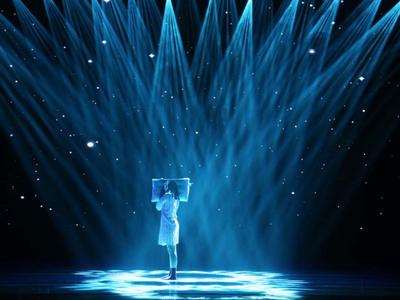 The China National Theater for Children (CNTC) will give 15 consecutive performances of "March in the Darkness," a children's musical about a group of displaced orphans during Japan's 1937 onslaught on Shanghai, from Sept. 28 to Oct. 16.

The musical, which debuted on July 6, is one of the CNTC productions selected for the 2019 National Art Troupes Show Season.

Children's play "The Red Tassel," another participant in the show season, has been staged twice at Tsinghua University. Set in the anti-Japanese aggression War, it follows the heroism of a young cow herder surnamed Wang who voluntarily fights against and is slain by the invading Japanese troops.

Yin Xiaodong, director of the CNTC, said the two artistic works are expected to pass on the revolutionary and national spirits to children.

The 2019 National Art Troupes Show Season kicked off on July 5 and is scheduled to show 23 plays in total with a focus on celebrating the 70th founding anniversary of the People's Republic of China.