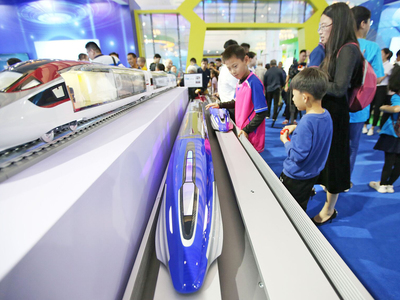 A set of technical standards for maglev railway, released by the National Railway Administration, will be implemented on trial basis starting Jan. 1, 2020.

China has achieved major breakthroughs in the high-speed maglev field both in research and engineering practice.

In May, a testing prototype magnetic-levitation train rolled off the production line in the eastern city of Qingdao. The train can run at 600 km per hour.

In April 2006, Shanghai put the world's first high-speed maglev line into commercial operation with a maximum speed of 430 kph.