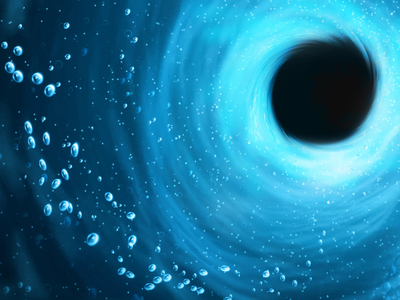 Astronomers have spotted three giant black holes within a titanic collision of three galaxies, according to a release of NASA's Jet Propulsion Laboratory (JPL) on Thursday.

The unusual system was captured by several observatories, including three NASA space telescopes.

"We were only looking for pairs of black holes at the time, and yet, through our selection technique, we stumbled upon this amazing system," said Ryan Pfeifle of George Mason University in Fairfax, Virginia, the first author of a new paper in The Astrophysical Journal describing these results.

"This is the strongest evidence yet found for such a triple system of actively feeding supermassive black holes," he said.

To uncover this rare black hole trifecta, researchers needed to combine data from telescopes both on the ground and in space.

Then, data from NASA's Wide-field Infrared Survey Explorer (WISE) mission, managed by JPL, revealed that the system was glowing intensely in infrared light during a phase in the galaxy merger when more than one of the black holes is expected to be feeding rapidly.

To follow up on these clues, astronomers then turned to Chandra X-ray Observatory and the Large Binocular Telescope (LBT) in Arizona.

Chandra and NASA's Nuclear Spectroscopic Telescope Array (NuSTAR) also found evidence for large amounts of gas and dust around one of the black holes, typical of a merging black hole system.

"Through the use of these major observatories, we have identified a new way of identifying triple supermassive black holes. Each telescope gives us a different clue about what's going on in these systems," said Pfeifle.

"Dual and triple black holes are exceedingly rare," said co-author Shobita Satyapal of George Mason University. "But such systems are actually a natural consequence of galaxy mergers, which we think is how galaxies grow and evolve."

Such mergers will produce ripples through spacetime called gravitational waves, which may be detectable with radio observations of pulsars, as well as future space observatories, according to JPL.