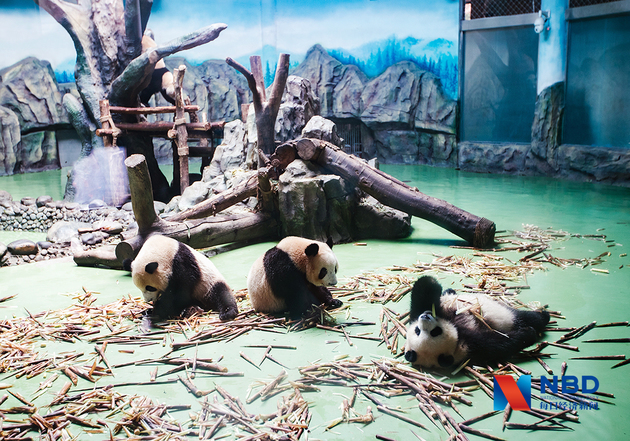 Southwest China's Chengdu is increasingly turning into a city of pandas, as a large-scale expansion project of panda facilities has begun this week.

A "Panda Planet" covering 3,500 hectares will be built based on the current Chengdu Research Base of Giant Panda Breeding, featuring panda research and tourist attractions, according to a government plan.

The research base will be expanded to 235 hectares from the current 66.7 hectares, accommodating up to 180 giant pandas and co-existing animals such as lesser pandas and snub-nosed monkeys.

It is estimated that upon completion the Panda Planet will receive 16.5 million visitors annually by 2035, becoming an international eco-tourism resort combining scientific preservation research, public education and cultural creation.