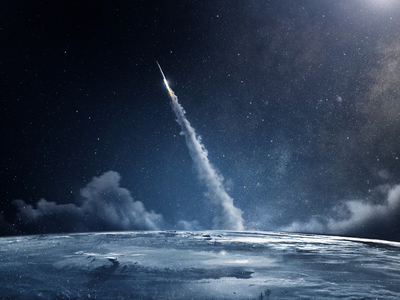 Musk spoke in front of a 50-meter, 200-ton Starship prototype at the SpaceX launch facility in Texas Saturday night, revealing more details about the spacecraft designed for full "rapid reusability," according to the SpaceX website.

SpaceX has already completed two, low-altitude "hop" flights with the Starhopper, a stub-top, prototype cylinder with one of the Raptor engines to be used in Starship. In the coming one or two months, Starship Mk1 will have its first test flight to a sub-orbital altitude of about 65,000 feet (19,812 meters), and then Starship Mk2 will have a similar test, according to Musk.

Starship Mk3 or Mk5, covered with full sheets of stainless steel and welded with a single weld, might be an orbital launch with the full Super Heavy booster in the coming six months, according to Musk.

Musk also said he was optimistic that SpaceX could be flying people on test flights of Starship as early as next year.

The 118-meter-tall, completely reusable Starship will provide affordable delivery of significant quantities of cargo and people, essential for building moon bases and Mars cities. It will ultimately carry as many as 100 people on long-duration, interplanetary flights, according to SpaceX.