"Songs of Lear" to be staged in Beijing 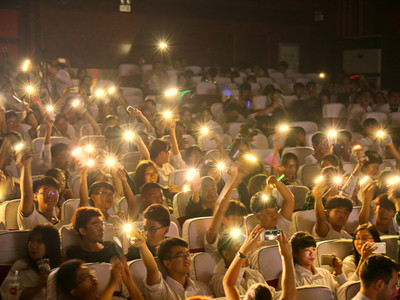 The award-winning show "Songs of Lear" by Polish director Grzegorz Bral will be staged at the Tianqiao Performing Arts Center in Beijing on Oct. 19 and 20.

With choreography, folk instruments, and a cappella singing in Latin, English and Polish, the performance shows the madness, despair, disappointment and love of the characters.

The show is based on William Shakespeare's tragedy "King Lear," which depicts the gradual descent into madness of a king after he disposes of his kingdom by bequeathing his power and land to two of his three daughters in exchange for insincere declarations of love, bringing tragic consequences for all.

"Songs of Lear" premiered at the 2012 Edinburgh Fringe Festival and received three awards there including a UK Musical Theater Matters Special Award.