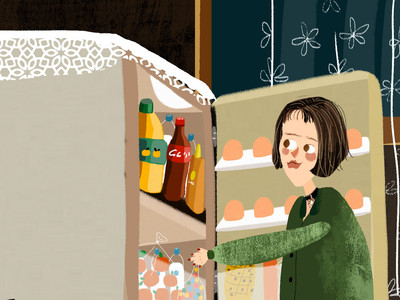 An international team led by Chinese, American researchers developed a new refrigeration method based on twisting and untwisting fibers.

The study published on Thursday in the journal Science described the new strategy that can substantially increase the freezing efficiency, which is better than that of traditional air compressors.

The "twist fridge" works due to the fact that twisting rubber fibers and then release the twist resulted in surface temperature cooling, according to the study.

Researchers from China's Nankai University and the University of Texas at Dallas stretched rubber fibers, then twisted them until they supercoiled.

Releasing both the twist and the stretch produced the cooling of 16.4 degrees Celsius at certain point, according to the study.

The cooling caused by untwisting worked for fishing line as well. They found that stretching the coiled fiber caused heating, while stretch release produced a maximum surface cooling of 5.1 degrees Celsius.

Also, the researchers removed twist from nickel titanium wires. Unplying a four-wire bundle produced the cooling of 20.8 degrees Celsius at certain point, according to the study.

The researchers placed a three-ply nickel titanium wire cable in a device that cooled a stream of water by up to 7.7 degrees Celsius when the cable was untwisted.

The heat engine efficiency of conventional refrigerators is less than 60 percent while the new method efficiency could achieve 67 percent, Liu Zunfeng, the paper's co-corresponding author and a professor with Nankai University, told Xinhua.

The refrigeration and air conditioning consume about 20 percent of global electrical energy, according to the International Institute of Refrigeration. They also release gases that significantly contribute to global warming.

This alternative cooling technologies could in the future increase refrigeration efficiency, lower costs and reduce size, according to Liu.