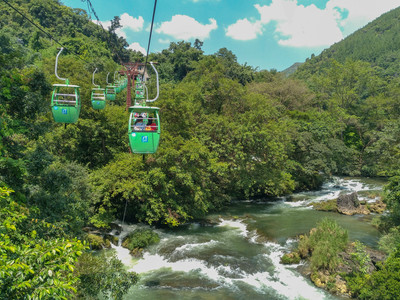 A new air route has been launched between the tourist city of Zhangjiajie in central China's Hunan Province and Taegu of the Republic of Korea (ROK).

The air route is run by T'way Airlines of the ROK, with a Boeing B737-800 aircraft. Two round trips are scheduled every week on Wednesdays and Sundays.

Zhangjiajie is a well-known Chinese tourist destination. The Wulingyuan scenic area in the city is on the World Natural Heritage List of UNESCO. The city has so far launched eight international and regional air routes.