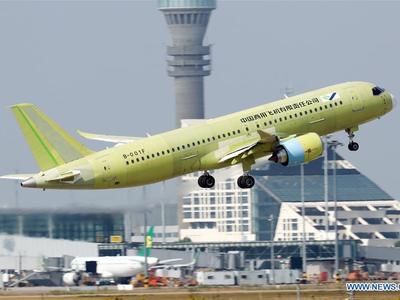 The fifth prototype of China's large passenger airliner C919 completed its maiden flight at an airport in Shanghai on Thursday morning.

The domestically made trunk jet took off at around 10:00 a.m. from Shanghai Pudong International Airport and returned after 1 hour and 37 minutes.

The Commercial Aircraft Corporation of China (COMAC), the manufacturer, has forged ahead with C919 flight tests in the second half of 2019.