Over 10,000 runners vie in Baise Marathon in China 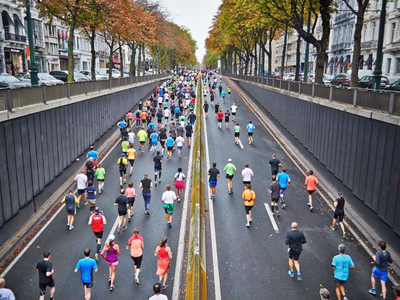 Over 10,000 runners from around the world competed in the Baise Marathon in south China on Sunday, and Chinese runners swept the titles.

Runners from 30 countries and regions took part in the marathon, half-marathon and a recreational race in Baise, a city in China's southern Guangxi Zhuang Autonomous Region.

In the open class marathon, Shi Yanghe won the men's race in 2:35:3 while Deng Yufang claimed the women's title in 3:4:1, winning new points for their team to take the lead in the 14th edition of the race.