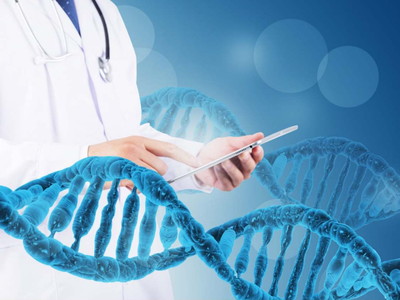 The first clinical trial in the United States showed that it appeared safe to genetically edit a cancer patient's immune cells using CRISPR-Cas9 technology before infusing those cells back into the patient, said a news release on Wednesday.

Gene editing is a group of technologies that enables scientists to change an organism's DNA, allowing genetic material to be added, removed or altered at particular locations in the genome.

CRISPR is a family of DNA sequences used to detect and destroy DNA from similar phages that have previously infected the organism. CRISPR sequences and Cas9 enzymes form CRISPR-Cas9 technology, a gene-editing tool that can be used to edit genes within organisms.

Researchers from the Abramson Cancer Center of the University of Pennsylvania have infused three participants in the trial -- two with multiple myeloma and one with sarcoma. They have observed the edited T cells expand and bind to the tumor target with no serious side effects, according to a news release by the university.

The gene-editing approach is closely related to CAR T-cell therapy, which engineers patients' own immune cells to fight the cancer.

However, instead of arming those immune cells with a receptor in CAR T-cell therapy, the researchers first used CRISPR-Cas9 technology to remove three genes. Two of them are T cell's natural receptors to make sure the immune cells bind to the right part of the cancer cells, while the third is a natural checkpoint that sometimes blocks T cells from doing the kill.

Analysis of blood samples revealed that all three participants had the CRISPR-edited T cells expand and survive, resulting in no treatment-related serious adverse events.

None of the patients have yet responded to the therapy. But the researchers said the findings provided optimism that the approach may be applicable across multiple areas of gene therapy research.

They will present the findings in December at the 61st American Society of Hematology Annual Meeting and Exposition in Orlando.