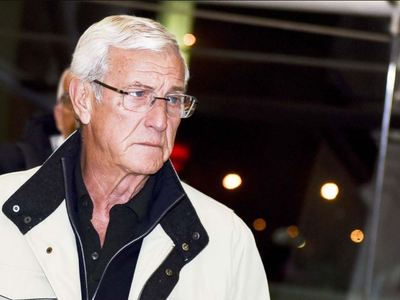 The Chinese Football Association (CFA) accepted Marcello Lippi's resignation as China coach after his team lost to Syria 2-1 in a 2022 World Cup qualifier here on Thursday.

"The head coach Lippi announced his resignation in the post-match press conference, the CFA accepted it," the Chinese football governing body said in a statement released after Lippi's shock decision.

After the agonizing loss caused by a second half own goal, China now sit in second place in the five-team Group A with seven points from four games, five points behind group leader Syria.

Since only the top team from the eight groups and the four best second-place finishers will advance, the Chinese side are in danger of missing the final round of the Asian Zone qualifying.

"We could beat weaker opponents like Maldives and Guam, but when we encountered stronger teams like the Philippines and Syria, we could not play our own football," Lippi pointed out in the post-match press conference.

"I was well paid and I take the full responsibility. I am now announcing my resignation and I will be no longer the coach of Team China," the legendary Italian coach said, which was the second time for him to announce his resignation as China coach after losing a match.

The 71-year-old Lippi first took charge of Team China in 2016, before leaving the role in January this year when his contract expired after China lost 3-0 to Iran in the AFC Asian Cup. In May, the World-Cup-winning coach was re-appointed as the head coach of the Chinese team.

In the statement, the CFA also claimed, "We are really sorry that the unsatisfactory match results disappoint all Chinese fans."

"The CFA will reflect seriously to rebuild the team, and try our best in the following World Cup qualifiers."

China will take on Maldives in their next 2022 World Cup qualifier in March, 2020.