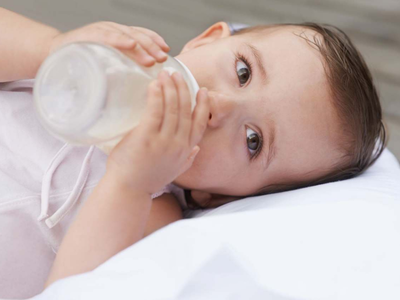 A ceremony to mark the completion of the construction of an infant formula production factory by a Chinese company was held in Ireland's northeast County Monaghan on Monday.

Irish Minister for Business, Enterprise and Innovation Heather Humphreys, Chinese ambassador to Ireland, He Xiangdong, and some other 100 guests from both Chinese and Irish sides attended the ceremony which was held inside the newly completed factory building with a total floor area of some 8,600 square meters.

Located in Carrickmacross, the second largest town in County Monaghan, the new factory with an investment of over 20 million euros (about 22 million U.S. dollars), which is fully funded by Shanghai Newbaze Dairy Product Co., Ltd. (SNDP), a private infant formula producer headquartered in Shanghai, is annually capable of producing 10,000 tons of infant formula milk powders by locally sourced milk.

"This is the first overseas production arm ever established outside of China by us," said Yu Shirong, Chairman of Shanghai Newbaze Industrial Group Corp., the parent company of SNDP, who also attended the ceremony.

The products to be manufactured by Newbaze Ireland will not only be marketed in the Chinese market but also in the emerging markets such as those in Africa, Southeast Asia and the Middle East, he said.

The decision made by Newbaze to choose Ireland as its first overseas production base is a strong endorsement of the high-quality milk that Ireland can offer to the world, said Heather Humphreys while addressing the ceremony.

She said that this new state-of-the-art facility will not only help the local economy and the job markets in Monaghan but also help achieve the food development strategy set up by the Irish government for 2025.

She said that by 2025 Ireland's dairy output will increase by 1 billion euros, all of which will have to be exported, and Newbaze will play a key role in helping Ireland to achieve the target.

The Irish dairy sector is currently worth 4 billion euros, of which 3.38 billion euros for export, she added.

He Xiangdong in his speech said that the ceremony held here in Monaghan is important not only for Newbaze but also for the cooperation between China and Ireland.

He said after nearly five years of preparation the new plant has eventually been set up and is going to start production soon.

It is learned that the factory is in the final stage of applying for a production license which sources said is expected to be obtained soon.

The Chinese ambassador stressed the ultimate importance of the safety of the factory's products as they will feed the new born babies both inside and outside China.

"We need to work closely together to make everything a good success in this factory," he said. (1 euro=1.107 U.S. dollars)