'Three-Body Problem' animation to debut in 2021 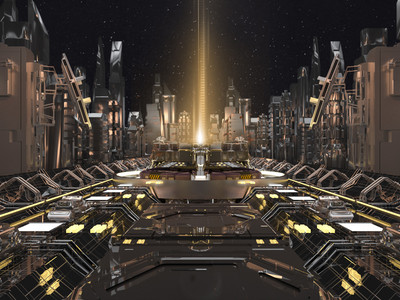 Bilibili published the first trailer of the animation late Sunday, which presented the image and voice of Ye Wenjie, a key character in the story, as an old woman. Through her self narration, the trailer presented the animation techniques and art design of the trilogy.

Officially named "Remembrance of Earth's Past," the three-part saga is more widely known by the name of its first book "The Three-Body Problem." Its plot revolves around young physicist Ye Wenjie's contact with the Trisolaran civilization living in a three-sun system and the following centuries-long clashes between earthlings and the aliens. The trilogy has been translated into many languages and sold worldwide.

The animation adaptation will be co-produced by Bilibili and two other Chinese companies -- the Three-Body Universe (Shanghai) and Wuhan-based animation maker YHKT Entertainment.

Ruan Rui, CEO of YHKT Entertainment, said the animation version of "The Three-Body Problem" is currently in the middle and late stages of the screenplay adaptation and is scheduled to be released in 2021.

Including "The Three-Body Problem," a total of 40 new animation works were released at the press conference of Bilibili, which is particularly popular among China's younger generations with over 100 million monthly active users.