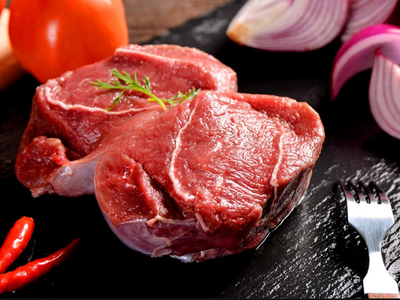 Chinese scientists have produced 5 grams of meat cultured from animal muscle stem cells, according to a university in east China's Jiangsu Province.

It is the first meat developed from muscle stem cells in China, according to the China Association of Agricultural Science Societies, which conducted an evaluation of the technology.

Current manmade meat mainly refers to plant-based meat that is made by extracting plant proteins from soybeans, peas, wheat and other vegetables and grains with a similar taste to that of meat fibers.

Cultured meat, however, is produced by painlessly harvesting animal cells and nurturing them to create muscle tissue.

According to Zhou, the cultured meat they developed has similar texture and color to ordinary minced pork, but safety evaluations and large-scale production technology are required before it hits the market.

Plant-based meat has already come onto the market. Impossible Foods Inc., an American company that develops plant-based substitutes for meat products, made its debut on the Chinese mainland at the second China International Import Expo earlier this month in Shanghai to seek opportunities in China.

A Chinese team in Beijing also introduced plant-based meat into the market in September by selling mock meat-stuffed mooncakes.