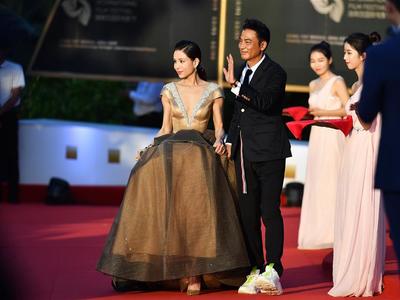 This year's HIIFF has received a total of 1,495 applications from 80 countries and regions for the Golden Coconut Awards, with more than 30 films and documentaries nominated to compete for the prizes.

Award-winning French actress Isabelle Huppert, who chairs the jury for the awards, said China is rich in film resources and has many excellent directors and producers as well as a long history of film-making.

The trophy is designed in the shape of a coconut tree, one of the most common plants in Hainan.

More than 200 films from 61 countries and regions will be screened in eight exhibition units during the festival, according to the organizing committee.

Outdoor screening tours will be held all year round to the public who can watch films on the beach for free.

The festival will run until Dec. 8.