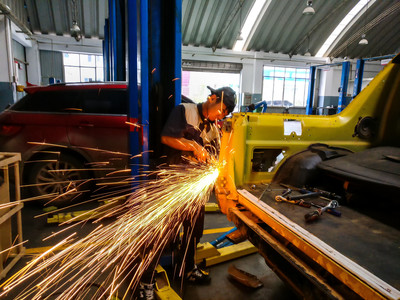 Dec. 2 (NBD) -- The Guangdong-Hong Kong-Macao Greater Bay Area logged a net talent inflow rate of 1.3 percent for the third quarter of this year, representing a slight increase from 1.24 percent a year ago, shows a report released Saturday by China's top job hunting site zhaopin.com on the area's industrial development and talent flow in 2019.

In addition to the economic dynamics and sophisticated infrastructure, fat salary is among the major attractions of the Greater Bay Area to talents.

According to the report, the average monthly salary rose 6.63 percent year over year to 9,344 yuan (1,330 U.S. dollars) in the area in the July-September period, higher than the national average of 8,698 yuan.

Among the 11 cities in the Greater Bay Area, Guangzhou and Shenzhen showed the most thriving demand for talents in the quarter, offering a combined 78.79 percent of the total job openings there.

In Guangzhou, talents were in the greatest need in the sectors of semiconductor and automobile, which is largely due to the city's efforts in building an IC industry cluster and world-class automotive industry cluster worth more than 100 billion yuan.