Dec. 16 (NBD) -- "I am holding a bottle of wine of Moldova which is reportedly to have the greatest density of vineyards in the world, and the world's largest wine cellar with over 1.5 million bottles, recorded in the Guinness Book in 2005, belongs to the country," said a clerk at Moldova National Pavilion to viewers on this live stream.

Back on August 8, 2014, Moldova National Pavilion made its debut at Chengdu International Railway Port, a vital part of the China (Sichuan) Pilot Free Trade Zone. Besides the Pavilion, there sees a cluster of national pavilions opened at the Port and the development there unfolds a story of entrepreneurs pursuing the growth along with the city. 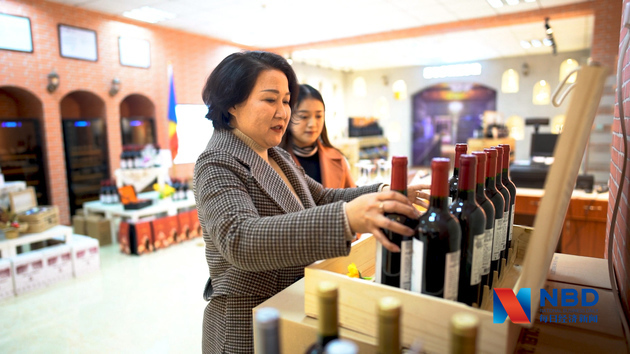 National Pavilion: a businesswoman's innovative move in her hometown

It is the formation of China (Sichuan) Pilot Free Trade Zone and the launch of China-Europe Express Rail in Sichuan province that offered Wen the key to move her business back to Chengdu, the provincial capital of Sichuan and also her hometown.

The Chengdu International Railway Port, where Moldova National Pavilion is situated, is the backbone of the region's plan to establish a global logistics system and booming trade with countries along the route of the Belt and Road Initiative.

Prior to running Moldova National Pavilion, Wen was pursing her career in international trade in Beijing, primarily introducing Moldovan commodities especially wine to China, and the idea to sell Moldovan wine should derive from her trip to the Eastern European country over a decade ago.

"Sitting in a car, I was deeply impressed by the scene along the road and the destination, an underground wine cellar which extends to a depth of 70 meters and a length of 250 kilometers. There even saw traffic lights on the way and millions of bottles were stored on roadsides in the gothic underground cellar. Before the trip, I seldom knew Moldovan wine though archeological evidence shows that wine has been produced in this landlocked country for around 5,000 years," noted Wen to NBD.

"The opening-up of Chengdu, with the wheels of China-Europe Express Rail chugging along, is attracting Sichuan businessmen to return to their hometown to start their businesses," said Wen to NBD. 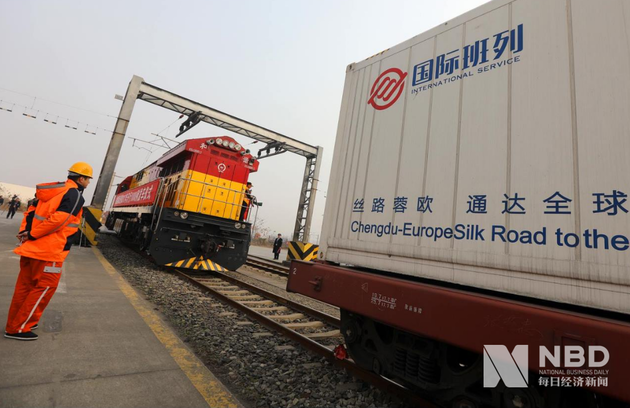 Wen is not the sole entrepreneur who finds Chengdu and Sichuan attractive for international trade and Andrew Ye also ventured into the marketplace through the operation of France and Dutch National Pavilions at China (Sichuan) Pilot Free Trade Zone back in 2017.

Different from Wen inspired by a trip and her experience for international trade business, Ye had been living abroad for a long time and working as a technical advisor for tech companies in Silicon Valley, like Oracle. He did not start his own business until 2016 when he came to Chengdu.

"When I first came to Chengdu a couple years ago, I've noticed the potential for growth in the city, and there were numerous opportunities to be taken," noted Ye to NBD, "I certainly have been in awe of the spending power of the general public in Chengdu, and I think this is a testament to the growth and the rise of the Chinese people as a whole. Chengdu is definitely catching up with the coastal cities in China and once the people in Sichuan learn more about foreign goods, the market or the demand will undoubtedly follow suits and grow as well."

Ye and his team have been in businesses with quite a few French and Dutch companies throughout the years. "We understand the culture well and we have strong working relationships with chateaus, institutions, and various foreign organizations. When we pitched our idea for the pavilions, I believe not just them, but also the local government saw our commitment to bringing innovation to the establishment. And it was reassuring and encouraging to see the local and foreign governments give us official authorizations to manage the pavilions," said Ye during the interview.

In the entrepreneur's view, national pavilions is not only a window for the showcase of foreign goods but also the culture.

"When our team firstly discussed the layout and the renovation for the pavilions, we all agreed on the idea that it should be more than just a 'store'. We want the pavilions to be a hub to connect people who buy the product with the culture behind the product and the country behind the product. I believe the biggest advantage of the pavilions is to create a place to experience culture, to learn new things, to meet friends from around the world," said Ye to NBD.