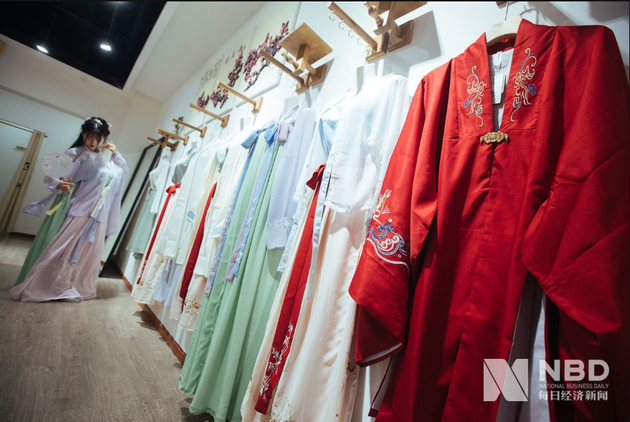 Around 65.4 percent of Chinese people are fans of hanfu, the traditional clothing of China's Han ethnic group, while about 44 percent have worn such clothing in the past, according to a survey released Thursday by China Youth Daily.

A total of 65 percent of the 2,001 respondents across the country felt that over the past two years there were more people wearing hanfu at parks, scenic spots and even in the streets, and 64.5 percent believe the growing popularity of hanfu has aroused the interest of more people.

According to Ren Baoju, an associate professor at an oriental morality institute in Beijing as quoted by the paper, hanfu inherits and demonstrates the aesthetic orientation and values of generations of Chinese ancestors.

Over 59 percent of the respondents echoed the point, believing that the revival of hanfu's popularity helps the promotion of fine traditional culture, while only 3.4 percent consider wearing such clothes in daily life outlandish.

Moreover, more than 66 percent of them see the popularity of hanfu as a sign of the growing openness and inclusiveness of society, and 55 percent believe it can help form diversified aesthetic values and mindsets to further unleash social vitality.

"The revival of traditional clothes pioneered by young people is a delightful sight," Ren told China Youth Daily. "Their acceptance of hanfu shows their recognition of traditional culture as well as their cultural confidence."