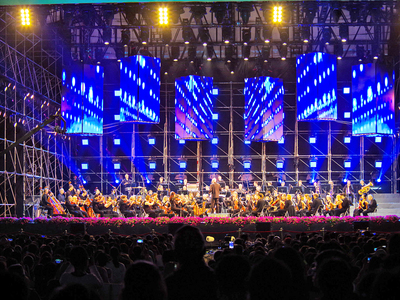 Beijing has set a new goal for the new year: to become a musical city.

Beijing will be an "international capital of music" and "global center of Chinese music," with the revenue of its music and related industries to reach 120 billion yuan (about 17.23 billion U.S. dollars) by 2025, according to guidelines released by the Beijing municipal office of national cultural center construction.

Beijing will set up a number of music industrial parks and encourage original music with subsidies. It will also build a big data platform for online music and protect music copyrights, according to the guidelines.

The office said the capital city will build live music establishments and music towns to bolster an "atmosphere of live performances." Beijing will also set up a special fund for the industry, the guidelines said.