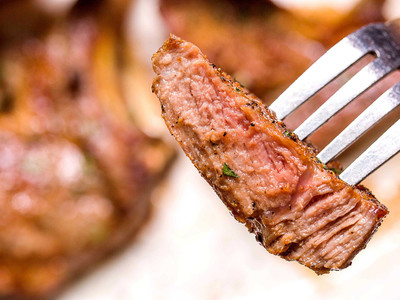 U.S.-based producer of plant-based meat substitutes Beyond Meat Inc. hopes to tap into the Chinese mainland market this year, as the company works aggressively to expand its reach, according to its leader.

"We haven't announced anything, but we are expected to do something this year," Seth Goldman, executive chairman of Beyond Meat, said Monday on the sidelines of Retail's Big Show 2020, an annual expo of the U.S. National Retail Federation (NRF).

Beyond Meat has launched products like burgers and sausages in Canada and European countries, said Goldman, adding it is also looking to build production facilities in other countries and source locally, adding to its centralized production facility in the U.S. state of Missouri.

"The real goal would be to take a crop from every continent where we produce and grow the crops and produce the product in that continent," said Goldman during a dialogue session at the expo.

The company will continue to invest in its Missouri facility, "but, we also have to set up production (facilities) on other continents and in other parts of the country," Goldman told Xinhua, adding that plant-based meat could one day represent at least 13 percent of the meat market.

Despite being the leader of plant-based protein suppliers, Beyond Meat has less than 1 percent of the market share in the meat category, and it is predicted that it could take as long as 15 years for plant-based meat producers to take the above-mentioned 13 percent market share, Goldman added.