China to strengthen fight against environmental pollution in 2020 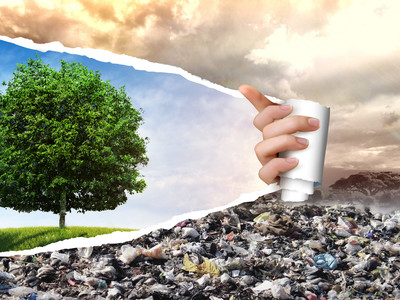 China's top environmental watchdog has reiterated its ambition to fight environmental pollution in 2020, as positive results have been reaped through efforts to clean up the environment in the past year.

"Practice has proved that the current direction and path of pollution control are correct and should be adhered to and improved in the long run," said Li Ganjie, minister of ecology and environment, at the ministry's two-day annual work conference which ended on Monday.

Any one-size-fits-all approach in environmental governance should be avoided, while accurate and scientific methods in pollution control should be promoted, Li said.

In air pollution control, the year 2020 will be the deadline to meet targets set by a three-year action plan issued by the State Council in 2018 to fight air pollution.

The total emissions of sulfur dioxide and nitrogen oxide will be cut by more than 15 percent by 2020 compared with 2015, according to the plan.

In water pollution control, the Ministry of Ecology and Environment (MEE) will launch an investigation of sewage outlets entering the Yellow River, Li said. At the same time, the sewage outlets along the Yangtze River and near the Bohai Sea will be more traceable, he said.

In 2019, China has made significant progress in fighting pollution, Li said.

Emissions of major pollutants continued to decline last year, and the density of PM2.5 particulate matter in cities that had yet to see air quality meet the standard continued to fall, Li said.

Most cities reported improvement in air quality. The PM2.5 density in 337 prefecture-level cities shrank 2.9 percent year on year at 34 micrograms per cubic meter in the first 11 months last year, according to the ministry.

Water pollution control was also a highlight of last year's work. Li said 3,626 violations in 899 county-level areas that are home to sources of drinking water were rectified in 2019. The ministry managed to clean up 2,513 black and odorous water bodies in prefecture-level cities.

At the same time, efforts to fight land pollution have made solid progress.

By banning foreign waste from entering the country, the actual import of solid waste across the country dropped by 40.4 percent in 2019 from a year earlier, Li said.

China will officially launch its national green development fund in 2020, amid efforts to improve the economic policy system for ecological and environmental protection, the MEE announced in December.

Environmental economic policies can stimulate the endogenous power of enterprises for pollution control and are an effective way to solve environmental problems, MEE official Xu Bijiu told a press conference on the fund.

2020 marks the year to finish building a moderately prosperous society in all respects, the final year of the 13th Five-Year Plan, and the decisive year in the battle against pollution, Li said.