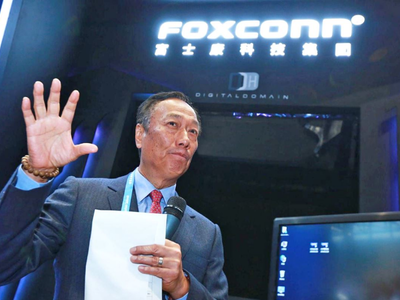 Jan. 17 (NBD) -- Foxconn Technology Group, the world's biggest contract electronics manufacturer, is to team up with Italian-American multinational automaker Fiat Chrysler for electric vehicles (EVs), according to a regulatory filing disclosed on Thursday.

Foxconn said in the document that it plans to ink a framework agreement with the carmaker, under which the two parties will form a 50-50 joint venture to develop and manufacture EVs.

The venture will initially focus on making electric vehicles for China, but the cars could be exported at a later date, Foxconn said, adding that the JV will also concentrate on the Internet of Vehicles. It's noted that the JV will design and produce new cars from scratch, rather than adopting any existing electrification project of Fiat Chrysler.

The tie-up came at the time when Foxconn, best known for its iPhone manufacturing contract, is seeking to expand beyond electronic products and push up profitability.

For Fiat Chrysler, the JV with Foxconn is part of the automaker's major efforts to beef up its presence in the Chinese EV market, the largest in the world. While large automobile manufacturers are increasing stakes in electrification in the country, Fiat Chrysler has comparatively smaller investment.