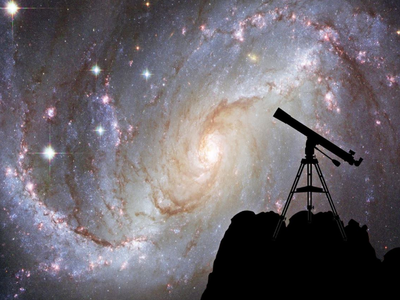 Scientists from from the Chinese Academy of Sciences announced Tuesday that they have built the country's first and one of the world's largest solar telescope, to better observe and forecast solar activity.

The Chinese Large Solar Telescope (CLST), with a 1.8-meter aperture, was developed by the academy's Institute of Optics and Electronics. It caught the first batch of high-resolution images of the solar atmosphere on Dec. 10, 2019, an academy statement said.

Many countries have stepped up efforts to build 2-meter and larger solar telescopes in recent years. The world's large solar telescopes that have been built include the 1.6-meter GST in the United States and the 1.5-meter GREGOR in Germany.

The U.S. 4-meter solar telescope DKIST has not yet been put into operation, and the European 4-meter EST has just begun designing and developing.

Previous to the CLST, the largest solar telescope in China was the 1-meter New Vacuum Solar Telescope developed by the academy's Yunnan Observatories.

According to Rao Changhui, leading the project, the CLST will be equipped with a group of systems for adaptive optics, magnetic field detection and velocity field detection.