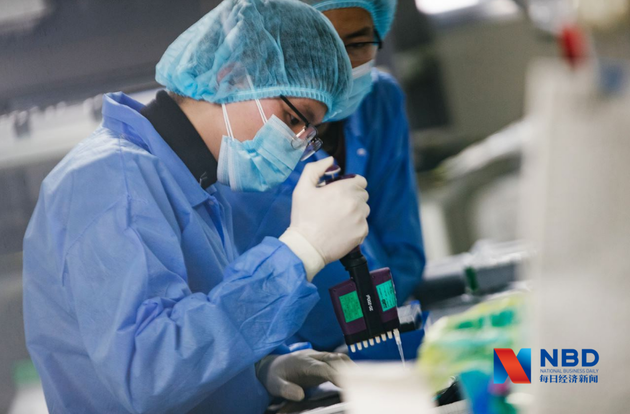 China's biotech company BGI group will open two COVID-19 testing labs in Serbia to help fight the COVID-19 pandemic, according to an agreement it signed with the Serbian government Wednesday.

The two "most modern, new" labs -- one in Belgrade and the other in the southern city of Nis -- will add a combined daily testing capacity of 3,000 to Serbia, said Prime Minister Ana Brnabic at the signing ceremony.

The additional testing capacity is more than triple Serbia's current capability, according to a press release by the Serbian government.

The agreement foresees that Serbia provides and adapts the space for the new labs as well as testing kits, while the BGI, headquartered in the southern city of Shenzhen, pledged to supply key instruments.

The lab in Belgrade has already been adapted and will start working in several days, while the other one in Nis, the third-largest Serbian city, will be built anew in 45 days, Brnabic said at the ceremony.

"This is only a part of the enormous support in technology, protective equipment, ventilators, knowledge, and expert assistance that we received from China so far during this struggle [against COVID-19]," she said.

Chinese ambassador Chen Bo, attending the signing ceremony at the Palace of Serbia, said Chinese technicians and equipment will arrive in Serbia in the following days.

"I am sure that the construction of these laboratories will strengthen the testing capacities and will play a significant role in Serbia's fight against the virus," she said.

She pledged that the embassy will " help both the Serbian and Chinese sides to have these laboratories constructed as soon as possible."