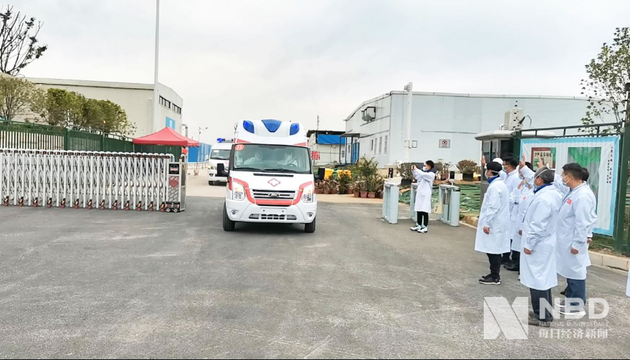 A makeshift hospital ceased operation in Wuhan, capital of central China's Hubei Province, on Wednesday as the coronavirus epidemic wanes.

Wuhan Leishenshan (Thunder God Mountain) Hospital was built in 10 days to treat COVID-19 patients. Construction began in late January and it received many severely ill patients during its operation. Its last batch of patients were transferred to normal hospitals on Tuesday.

At the closing ceremony, doctors and nurses waved flags and wrote their names on the clothes of their colleagues for memory.

"We hope that the hospital will never restart operations," a local district official told an applauding crowd.

The retirement of the hospital is a landmark development in Wuhan's months-long battle with the epidemic, indicating the city's COVID-19 treatment is "back to the normal track," Jiao Yahui, an official with the National Health Commission, told Xinhua on Tuesday.

Jiao said the medical facility was built at a time when "medical resources were in the shortest supply."

It has played a very important role, helping the city add beds to admit more patients in a short period of time, thus helping contain the source of infection, she said.

The official said there is no timetable for dismantling the Leishenshan Hospital, adding it could be reactivated any time as the city continues to guard against imported cases and a rebound in the epidemic.