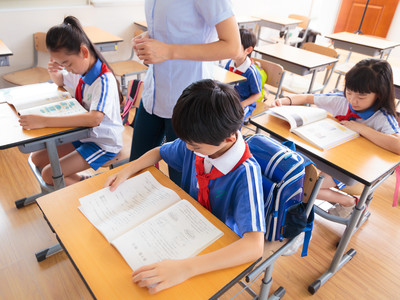 The opening of the spring semester was delayed by more than 60 days due to the epidemic. Earlier online classes offered an alternative to offset the impact on the study of the students who will sit the college entrance examination this summer.

Students wearing masks had body temperatures taken and presented their health QR codes before entering the campus while keeping a distance from each other.

"After waiting for such a long time, we are finally back to school," said Li Qirui of the high school affiliated to Shandong Normal University.

"We had more than 40,000 face masks in a stockpile, which can help ensure one mask per student per day," said Dong Ya, the principal of Jinan Middle School in the provincial capital of Jinan.

Xing Shunfeng, an official with the provincial education bureau, said the seniors will be in small classes of around 30 students each, and the schools will be mostly under closed-off management in a bid to reduce infection risks.

Shandong, one of the most populous provinces across China, has a total of 37,700 schools, with more than 19 million students and a teaching staff of 1.5 million.