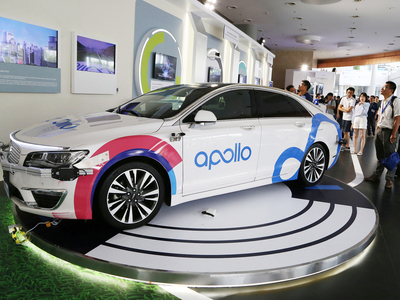 Residents can hail one of Baidu's 45 driverless taxis in the city via the Baidu app and the Baidu Maps app for free. Currently the service covers an area of about 130 square kilometers, with its routes including multiple urban scenarios such as residential areas, business districts and industrial parks.

It is noted that each of these driverless taxi has a "security person", or a backup driver, as is required by current traffic regulations.

Besides Changsha, Baidu is testing autonomous driving with passengers in Beijing, Cangzhou, and other places.

Baidu started trialing its Robotaxi fleet in Changsha in September last year. At the time users needed to submit applications on Apollo's official website to book a test ride. The vehicles were provided by Hongqi, a Chinese luxury car marque under the FAW Group.

Baidu is not the first company to fully open Robotaxi service to the public in China. Autonomous driving startup WeRide, backed by the Renault-Nissan-Mitsubishi Alliance, had started its service in south China's Guangzhou in December last year, without requiring test invitation or application from users.

WeRide taxis took 8,396 orders in the operational region of 145 square kilometers and logged zero accident last December, according to a report WeRide published in February. Each vehicle completed 14 rides every day on average, while the average length of a ride was 4.9 kilometers. These figures were very close to those of a regular taxi, COO Zhang Li said.

Founder and CEO of WeRide Han Xu said to media that the company expects to gain regulatory approval to get rid of backup drivers in familiar regions in 2021, and achieve complete driverless operation in most areas of Guangzhou in 2023.