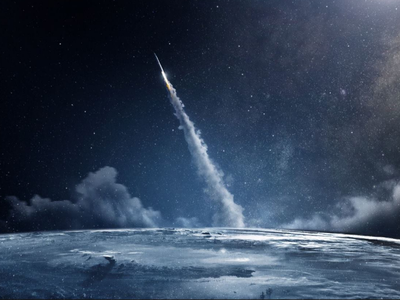 With a total length of about 58 meters, the Long March-2F has two core stages and four boosters. An escape tower will be installed on top if the rocket is used to launch manned spacecraft.

It has a takeoff mass of about 480 tonnes, and is capable of sending payloads of 8.6 tonnes to low-Earth orbit. It is designed to be China's safest and most reliable carrier rocket, according to the rocket's chief designer Zhang Zhi, of the China Academy of Launch Vehicle Technology under the China Aerospace Science and Technology Corporation.

It made its maiden flight on Nov. 20, 1999, launching China's first manned spacecraft Shenzhou-1 with no crew. It sent China's first astronaut Yang Liwei into space on Oct. 15, 2003, making China the third country capable of sending astronauts into space.

Over the past 20 years, the Long March-2F has completed 13 flights with a success rate of 100 percent, sending 11 spacecraft and two space labs into space, said Jing Muchun, general director of the rocket development team.

It uses environment-friendly fuel, including liquid oxygen and kerosene. It has a takeoff mass of about 597 tonnes, and a payload capacity of about 13.5 tonnes to low-Earth orbit and about 5.5 tonnes to 700-km Sun-synchronous orbit.

It is specially developed to launch the cargo spacecraft for China's manned space program. After a successful maiden flight in 2016, it sent China's first cargo spacecraft Tianzhou-1 to dock with the Tiangong-2 space lab in 2017.

It will be mainly used to transport materials to China's space station, including living materials for astronauts such as drinking water, food and extravehicular spacesuits, as well as operation and maintenance materials such as solar panels and spare parts, said Meng Gang, general director of the Long March-7 research team.

As China's first rocket designed with digital technology and the first launched at the Wenchang Space Launch Center on the coast of south China's island province of Hainan, the Long March-7 has achieved a series of technological innovations, said its chief designer Fan Ruixiang.

With a total length of about 53.66 meters, the Long March-5B rocket has a 5-meter-diameter core stage and four 3.35-meter-diameter boosters. It has a takeoff mass of about 849 tonnes, a takeoff thrust of about 1,078 tonnes and a payload capacity of at least 22 tonnes to low-Earth orbit.

It has currently the largest fairing of China's carrier rockets, which is 20.5 meters long and 5.2 meters in diameter, as tall as a six-floor building.

Specially designed to launch the core module and the experiment capsules of China's space station, it will be the backbone of the station construction, said Wang Jue, general director of the rocket research team.

The research team has achieved a series of technological breakthroughs, such as separation of the large fairing from the payloads safely in space and controlling the launch time error within one second, said its chief designer Li Dong.