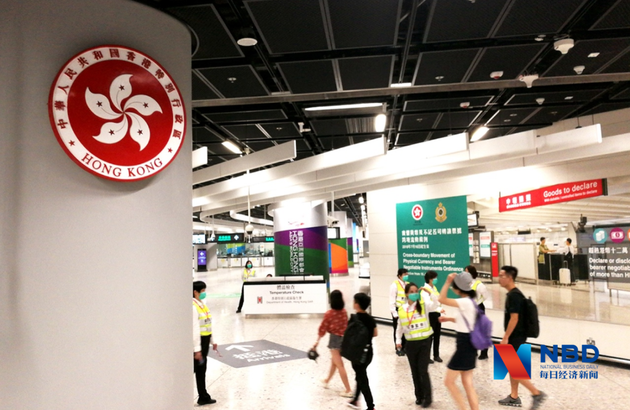 Chief Executive of China's Hong Kong Special Administrative Region (HKSAR) Carrie Lam said in a recent interview with a local newspaper published on Monday that Hong Kong is discussing with Guangdong Province and Macao SAR the mutual easing of mandatory quarantine restrictions, hoping it will soon be put into practice.

The HKSAR government announced last month the extension of mandatory quarantine for all inbound travelers from the mainland to June 7 amid the COVID-19 pandemic. Lam said in the interview that she hoped a plan can be drawn up as soon as possible to allow people from Guangdong, Hong Kong, and Macao who meet specific cross-border purposes and have passed the novel coronavirus test to be exempted from the quarantine measure.

Lam said that the HKSAR government has always adhered to three major principles, including speedy response, full preparedness, and openness and transparency in its anti-epidemic work. However, some people have adopted a double standard and tried to use the epidemic issue to realize political demands.

Since January, some opposition politicians have repeatedly claimed that people from the mainland should be banned from entering Hong Kong to prevent the spread of COVID-19. Lam said, since Feb. 8, the department of health of the HKSAR government has issued more than 100,000 mandatory quarantine orders to mainland visitors to Hong Kong, and so far, none of them has been confirmed cases of COVID-19.

On the other hand, from March 18, the department of health has issued about 70,000 mandatory quarantine orders to foreign arrivals, and so far, more than 400 of them have been confirmed to be infected with COVID-19.

"If we want to evaluate the epidemic prevention and control in the mainland and in some other countries, these two sets of figures are of reference value," she said.

Talking about liberal studies, a compulsory subject in senior high schools in Hong Kong, Lam said that if something goes wrong with education, it has to be dealt with and it will be explained within this year how the HKSAR government will deal with it.

Some people deliberately spread false and biased knowledge in schools, not only during liberal studies classes, but also through other subjects. Therefore, it is important to prevent students from being poisoned by fallacies, Lam stressed.