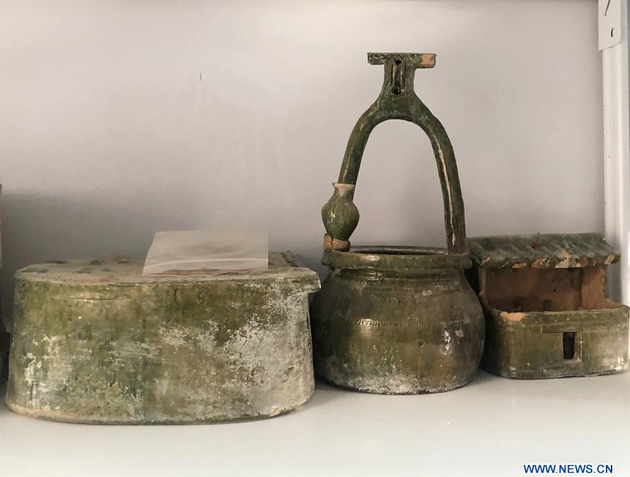 Archaeologists have found more than 600 ancient tombs on the bank of the Yellow River, and dug up over 2,000 burial items, local authorities said.

Archaeologists discovered the tomb cluster in a village in the city of Sanmenxia in central China's Henan Province while examining the site of a local shantytown renovation project, said Zheng.

More than 2,030 burial items such as pottery, bronze ware, gold and silver ornaments, jade artifacts as well as a batch of rare cultural relics including a 2,000-year-old bronze pot with a curved neck in the shape of a swan have been discovered.

Located between Xi'an and Luoyang, two ancient capitals in Chinese history, Sanmenxia used to serve as a military and traffic passage.

Experts believe the discovery can provide valuable information for tomb evolution in the Sanmenxia area and shed light on its decline with the shift in the political power center.